Our gift vouchers are the perfect present for your friends and family to fly with happiness !
See all news

How to inflate a paraglider wing? 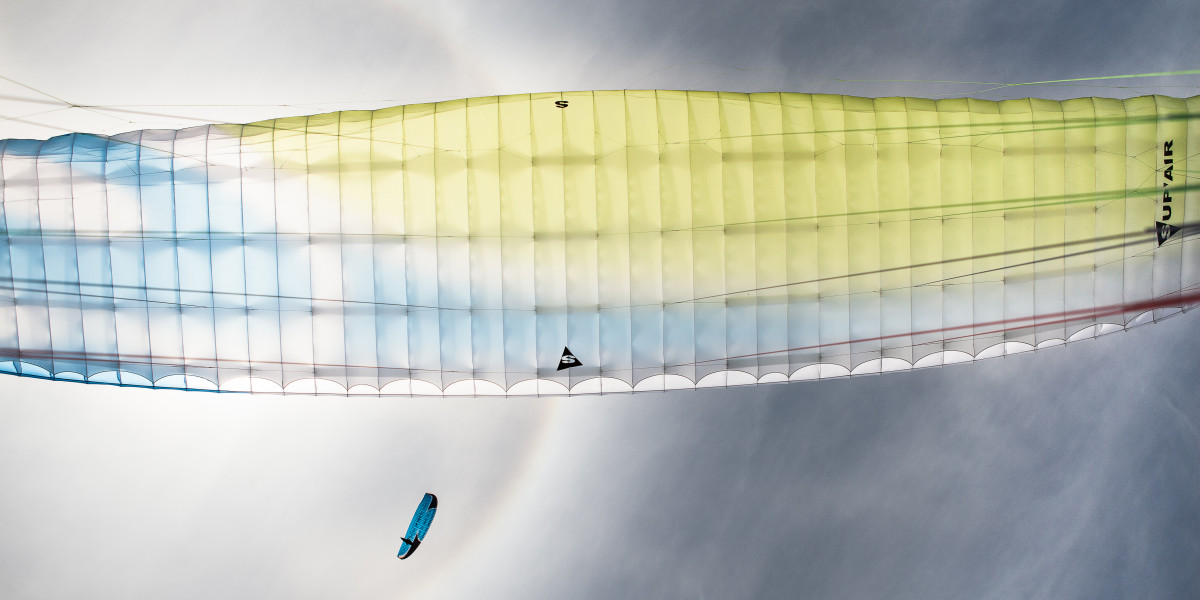 How does a paraglider fly?

Before detailing the process of inflating a paraglider, it is important to talk about the flight mechanics of this non-motorized machine. Indeed, the question of how a paraglider takes off is often asked by the majority of people who start flying courses. In concrete terms, paragliding flight is possible thanks to several physical or aerodynamic principles.

First of all, the paraglider's take-off is made possible by its wing in the presence of certain favorable weather conditions. Specifically, to take off safely, the wing must reach a minimum speed of 25 km/h in the air. The pilot positions himself in a place that faces the wind. The wind speed is then subtracted from the pilot's running speed so that the glider can take off.

To stay in the air as long as possible, the paraglider relies on two aerodynamic phenomena. These are lift and drag. Optimal flight requires a glider with excellent lift and low drag in flight.

Paragliding flights are also based on the use of updrafts (thermal updrafts and dynamic updrafts). These allow you to gain altitude.

How to inflate a paraglider?

To fly your paraglider, you must inflate the wing or sail. This is possible thanks to the wind, using two different methods. You can inflate your wing or sail either facing or facing away from the glider. Each method has its advantages and disadvantages.

Inflating with your back to the glider

This inflation technique is called "classic" and is taught in schools to beginners. To practice it, the pilot must have his back to the glider. He must then take the brakes and risers in each hand.

He then starts to move forward along the slope, so that he is leaning forward to pull the leading edge of the wing first. Before the wing is overhead, he quickly releases the risers. As soon as the wing is overhead, he uses the brakes to slow the wing down so that it stays in the same position. Finally, he has to make a run, taking big steps to shake the glider as little as possible.

However, this technique has some disadvantages. The pilot has no direct visual contact with the wing's condition. Moreover, during the ascent of the wing, he is vulnerable to a possible gust of wind. These difficulties can be solved with the assistance of ground staff.

Inflation in front of the paraglider

In addition to the above described method of inflating a glider, you can also launch facing the glider. In this case, sitting on the harness with the brakes in hand, the pilot starts from the back. He then turns around and passes a spindle of risers above him. In this way, he controls the risers as in a backwards launch, with the only difference that the brakes are reversed.

From this point on, the inflation process is identical. However, the pilot has a real advantage. He can check the wing while it is climbing. When the glider is in a vertical position, it turns around and starts to run for take-off.

To achieve this, the same instructions as for the back launch must be followed. However, the face-up inflation method can be complex for novice or inexperienced pilots.

What are the dangers of not inflating a paraglider correctly?

The inflation phase of the glider is a crucial step in paragliding. It is the time to check the condition of the wing to make sure it is ready to take off. If you don't inflate your glider properly, you may suffer accidents if your glider is defective.

To discover the joys of paragliding, you can go through Adrenaline Parapente. Our experienced teams will know how to make you a paragliding experience worthy of the name.

How to choose your paragliding equipment?
How to make the ears in paragliding?
We respect your privacy
This site uses cookies to ensure the best browsing experience
Set the use of cookies Learn more
Accept
Settings

Beyond the operational cookies that guarantee important features of the site, you can enable or disable the following categories of cookies. These settings will only be valid on your current browser.
Statistics
These cookies allows the website to establish frequentation statistics of our site. Disabling them prevents us from monitoring and improving the quality of our services.
Personalization
These cookies allows the website to analyze your navigation and personalize our offers and services (on our site or by messages that we send you).
Save