Our gift vouchers are the perfect present for your friends and family to fly with happiness !
See all news

How does a paraglider fly? 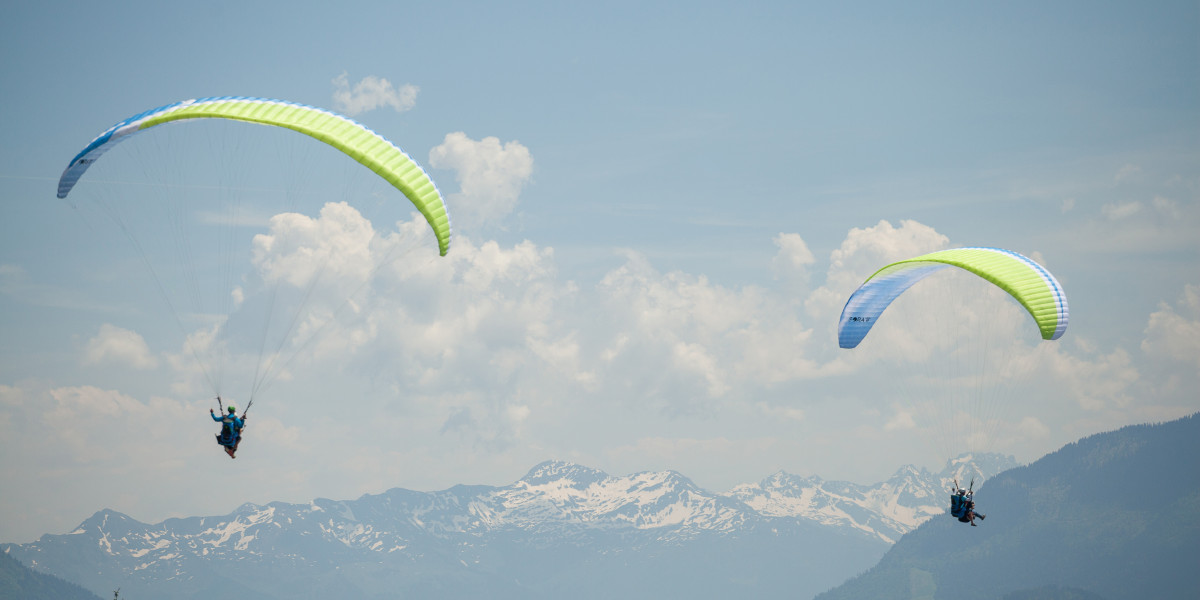 Paragliding is an activity derived from skydiving to fly without a motorised device or propulsion system. All the paraglider pilot needs is a specific canopy to which are attached lines that hold the harness (the seat on which the pilot sits during the paragliding flight). Paragliding is based on physical and aerodynamic principles of varying complexity. It is important to know these principles in order to improve your paragliding skills and to avoid numerous flying incidents. Adrenaline Paragliding explains how to fly to be safer.

Paragliding take-off: how does it work?

Paragliding is a winged, non-motorised aircraft that looks very similar to a parachute. Unlike a parachute, it is able to take off from the ground thanks to its canopy or wing, like a kite or an aeroplane. For this to happen, certain weather conditions must be met at the take-off point. In order to take off safely, the wing of a paraglider (i.e. the sail) must reach a minimum speed of 25 km/h in the air. Because of the weight of the glider, the pilot or paraglider pilot cannot reach this speed by running on foot. He must therefore position himself in a place that faces the wind, so that the wind speed is added to his running speed for the glider to take off.
For example, to fly a paraglider with a wind speed of 19 km/h, the paraglider pilot must run at a speed of at least 6 km/h in order to raise the wing or glider. Care must be taken, however, as the higher the wind speed, the more risky the take-off. Above a speed of 25-30 km/h, a safe take-off is no longer possible.
As a rule, a paraglider takes off from a slope. The glider is deployed on the ground and the pilot, who has previously taken care to get into the harness, runs down the slope to inflate the wing. He is now in the air and can steer his wing.

How does the paraglider keep itself in the sky?

Since the paraglider uses the wind to inflate itself and has no propulsion system, it can only fly in moving air. Its horizontal movement and control in flight is made possible by two aerodynamic phenomena: lift and drag.

One of the main reasons why a paraglider flies and can be steered by the pilot is the lift that is created when the wind blows into the glider. This aerodynamic phenomenon (lift) is the resultant of pressure forces acting on the paraglider wing perpendicular to the wind direction. It is the opposite of gravity, which pulls the glider down and makes it glide. In simple terms, the air flowing over the paraglider's wing when it is in motion is accelerated because of its curved profile (the bulging shape of the wing at the sides). This creates a vacuum and sucks the glider into flight. It is this pressure difference that allows the glider to fly and slow down its fall.
The pilot can use the two handles to change the direction of the glider in flight by adjusting the lift. The paraglider pilot can also control the speed and altitude of the glider in flight using the wing's lines. As a reminder, the lines of a paraglider are constructed with an x-pattern so that they resist bending when pressure is applied to them. They are often reinforced with Dyneema, Spectra or Kevlar for extra strength and safety. The paraglider's fabric is usually made of nylon, as is the fabric of a parachute.

It is not only lift that is created when a paraglider's canopy is inflated and gliding through the air. There is also a force induced by the air flowing over the canopy that resists the lift. It is this force, called drag, that slows the glider down in flight.
For a paraglider to be flown optimally, it must have a wing with good lift and low drag in flight. This allows the device to go further. This ratio between the lift of a paraglider and its drag is called glide ratio. It is a very important criterion for the choice of a paraglider, and its wing in particular.

In order for a paraglider to gain altitude and stay airborne as long as possible, it exploits two types of updrafts: thermal and dynamic updrafts.

These are warm air currents that are created by the sun's radiation in specific areas. As the air rises, it pulls the glider upwards and makes it gain altitude in flight. The reason for this is that warm air currents are lighter than cold air currents. The pilot must therefore locate thermal updrafts as he glides through the air in order to slip into them to gain altitude. This can be done by guesswork or by observing the movement of raptors in the sky.
In nature, thermal updrafts are usually found over wheat fields that are surrounded by greenery. These reflect more radiation than the surrounding greenery, and create a warm air current corresponding to a thermal.

Dynamic updrafts are created when the moving air encounters an obstacle such as a mountain and has to go around it (the best known example is the Pila Dune). The air is then deflected upwards, creating an updraft into which the paraglider pilot can slip. However, one has to be careful with the turbulence (air vortices) that can form where an updraft meets a stable air mass. They can also be found behind obstacles.

How do I get started with paragliding?

Paragliding is a relatively simple sport that anyone in good physical condition can do. To discover the joys of paragliding, it is possible to opt for an initiation or a baptism. The initiation consists of a few days in a paragliding school under the guidance of an experienced instructor. The aim of the instructor is to help the beginner master the material and the piloting of the wing during a paragliding flight. Once the beginner has a good theoretical grounding, he or she can take off on their own under the supervision of the instructor and learn how to handle the wing in practice. A radio link is used to receive instructions during the flight.
The first flight is a two-seater paragliding flight with a professional pilot who introduces those who wish to discover the discipline in complete safety. This is what Adrenaline Parapente offers in Annecy. Whatever the level of the participant, our experienced instructors will give novices a unique and unforgettable experience above Lake Annecy. Our paragliding packages are available for all ages and tastes. Each paragliding flight lasts between 10 and 30 minutes depending on the option chosen, or even an hour for the more daring!

Who invented the hang glider?
How windy is it to go paragliding?
We respect your privacy
This site uses cookies to ensure the best browsing experience
Set the use of cookies Learn more
Accept
Settings

Beyond the operational cookies that guarantee important features of the site, you can enable or disable the following categories of cookies. These settings will only be valid on your current browser.
Statistics
These cookies allows the website to establish frequentation statistics of our site. Disabling them prevents us from monitoring and improving the quality of our services.
Personalization
These cookies allows the website to analyze your navigation and personalize our offers and services (on our site or by messages that we send you).
Save